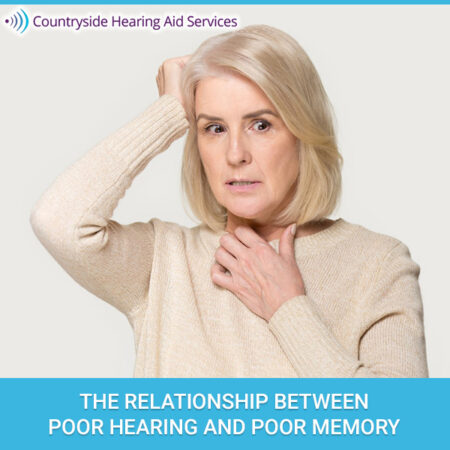 You may be surprised to learn that about 15% of American adults suffer from some form of hearing loss according to the National Institutes of Health (NIH). One of the things that play a major role here is age. It is estimated that about one-quarter of American seniors who are between the ages of 65 – 74 and half of the American seniors who are over the age of 75 face some form of hearing decline. This in comparison to the approximately one-third of seniors who are suffering from hearing loss throughout the world today.

How Research Weighs in on Hearing Decline

Rodolfo Sardone from the NIH and Italy’s University of Bari recently conducted a new research study in which he and his team took a look at the link between hearing loss and memory issues (especially mild cognitive impairment or MCI) in approximately 75-years-old patients. This study was entitled The Great Age Study and its results are to be presented at the American Academy of Neurology’s 70th annual meeting. This is to be held in April in Los Angeles, CA.

In this study, 1,600 patients participated – some with MCI, some without. This is why it’s important to understand that MCI is a type of memory loss that’s noticeable. However, doctors say that it isn’t significant enough to have a big impact on daily living. Unfortunately, researchers estimate that approximately 15 – 20% of those who are age 65 and older will likely develop MCI. This means that they’re also at an increased risk of developing Alzheimer’s disease.

The Risk of MCI may be Doubled by a Hearing Decline

One of the things that Sardone and his colleagues did in this study was to have the participants undergo a series of hearing tests. These participants also had their memory and reasoning tested.

Through these series of tests, it was discovered that approximately 25% of the participants suffered from some type of peripheral decline while another 12% suffered from central decline. The well-established Peterson criteria were then used to determine that about 33% of these participants were suffering from memory issues, in particular MCI. It was further established that people who suffered from central hearing decline were twice as likely to develop MCI when compared to those who didn’t have any hearing issues.

Of the 192 people who were suffering from some form of hearing loss, 144 also had memory issues (approximately 75%). This is staggering when compared to the 609 people whose hearing was intact and of which only 60% (365 people) had MCI.

What these preliminary results suggest is that a loss of central hearing may share similarities to the progressive loss of brain cell function that also happens when you’re faced with cognitive decline. This is different from when you suffer a loss in peripheral hearing which results in sensory deprivation.

In other words, it’s a problem that has to do with perception. This isn’t something that earlier studies have ever taken the time to consider though. Nevertheless, Sardone recommends that people over the age of 65 who have issues with their hearing and their memory should be given such tests. Of course, further research should still e done.

If you feel yourself suffering from some sort of hearing decline you should contact Countryside Hearing Aid Services in Clearwater, FL before you start having memory issues too.