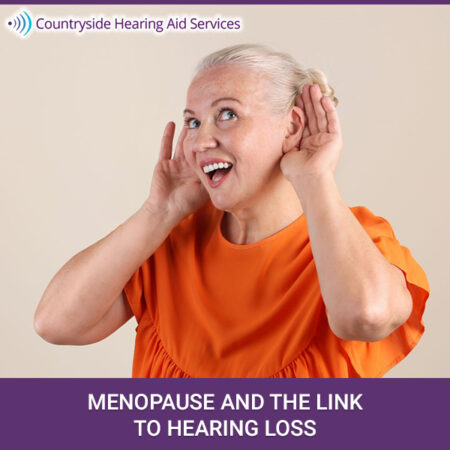 It’s somewhat complicated to decide whether taking hormone therapy (HT) for menopausal symptoms is the right answer for you. Both the risks and the benefits must be considered with your doctor. However, you should know that there’s new research that demonstrates the link between this and the need for hearing aids.

Currently, there’s a lot of mixed results regarding menopause’s effects on a person’s hearing. This is also true of HT. However, according to preliminary research taking estrogen can protect your hearing.

One study conducted by Dr. Sharon Curhan, MD, from Brigham and Women’s Hospital in Boston found that taking HT (both pills and patches) can increase your risk of having hearing issues. In this study, 47,000 females were followed for 22 years. At the end of the study, it was concluded that taking HT for 5 – 10 years increased the likelihood of developing hearing loss by 15%. The longer women remained on HT, the more the risk increased.

Menopause and the Need for Hearing Aids

Changes in hearing are common in women approaching menopause. This is because you have estrogen receptors in your ear cells and auditory pathways. It’s already been demonstrated that hearing is less sensitive during menstruation. You also start producing less of this hormone throughout perimenopause, especially during its last few years.

Curhan has discovered that low estrogen levels often result in the need for hearing aids. This may be due to alterations in the blood flow to the cochlea. Another study discovered that women with less estrogen were more likely to have problems with their hearing. This may be due to a decrease in progesterone which results in the reduction of receptor cells for estrogen which could also result in less blood flow to your ears.

The Age of Menopause and Your Hearing

The link between low levels of estrogen and problems with hearing suggests that women who arrive at menopause later in life are at less of a risk of developing hearing loss. However, when Curhan studied a group of 81,000 women she discovered that those who reached menopause later were 10% more likely to have hearing loss. Since research results vary, it’s a good idea to monitor your hearing while on HT and take it only as needed.

More research needs to be done on the topic of menopause, HT, and the need for hearing aids. This is especially true regarding tinnitus since some women do report experiencing this. However, some studies say HT reduces the rate of tinnitus in perimenopausal women.

Protecting Yourself from Hearing Loss

There are several things you can do so you don’t need hearing aids when you hit menopause. Some of these things include:

It’s important to be proactive here regarding your hearing. So, if you’re concerned that you may be experiencing hearing loss that requires the use of hearing aids contact Countryside Hearing Aid Services in Clearwater, FL today.