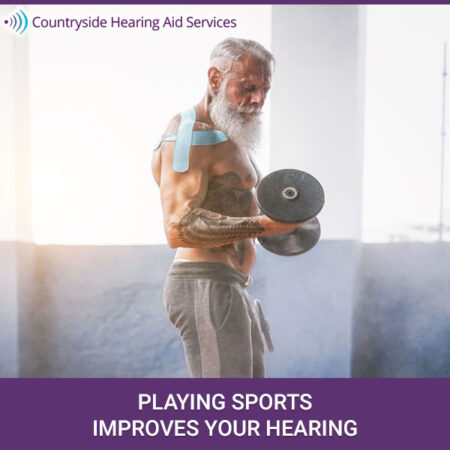 The brain’s ability to process sounds may be improved when you play sports. With this discovery, it’s possible the people with hearing issues could have new therapies opened up to them.

There’s no argument that sports improve a person’s physical fitness level. However, we don’t typically think about the brain here. This is according to the study’s author, Nina Kraus who works at Northwestern University in Evanston, Illinois as a professor of communication sciences and neurobiology. What Kraus’ study is saying is that playing sports can help your brain have a better understanding of your sensory environment.

In Kraus’ study, there was a total of 495 male and female athletes who attended Northwestern University. There were another 493 non-athletes who also participated in this study. All of the students were sex-matched so that this wasn’t a random control variable.

Throughout the study, researchers monitored the participants’ brain activity by having them wear earbuds that played speech sounds. Athletes did a better job than those in the control group when it came to tuning out background noise so they could better process the speech sounds. This is a useful skill for athletes to have especially when they’re trying to listen to a teammate or their coach during a game. The study which equated this listening to listening to a radio DJ was then published in the December 9 issue of the journal Sports Health.

Background electrical noise in your brain is similar to radio static Kraus says. There are two ways in which you can hear the DJ better. The first is to minimize the static. The second is to boost the DJ’s voice. Athletes do the first – minimizing the static so they can hear better.

Kraus believes that being seriously committed to sports correlates with having a quieter nervous system. This improves your ability to better handle health issues and injuries. The information could lead to new sports-based therapies for people with hearing issues.

If you or someone you love is struggling with auditory issues contact Countryside Hering Aid Services in Clearwater, Safety Harbor, Palm Habor, Dunedin, and Oldsmar, FL.