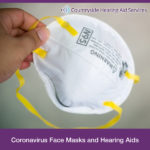 As the coronavirus pandemic spreads its tentacles throughout the world, there are many problems people are facing with their day-to-day chores. For some senior citizens suffering from hearing loss wearing their face mask while going to the grocery store has become a pain especially if they need an over-the-ear hearing aid. The face mask elastic band is commonly placed over the ears for securing it and it can get in the way of the cabling which connects the speaker to the hearing aid. Apart from Read More + 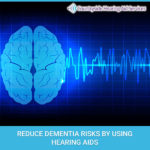