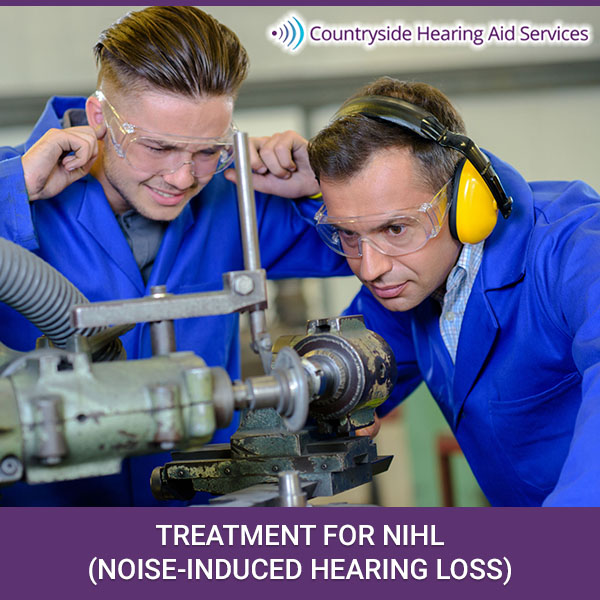 We experience sound every day in our surroundings. The origin of the sound can be from various sources such as radio and television, traffic, industry, or household appliances. In most cases, these noises happen at safe decibel levels that will not damage the ears. However, when the sound is too loud it can be harmful even if it is occurring for a brief period. If the sound is occurring for a longer period and is long-lasting it can be even more harmful. These occurrences loud sounds can damage your inner ear over time. This results in an ailment called NIHL or Noise-Induced Hearing Loss.

The NIHL can occur immediately or it can take a long time to become perceptible. The issue might be temporary or it can be permanent and can affect either one ear or both. You may not realize at the time that you have damaged your hearing but you may incur or at least expedite a hearing loss in the future. You might not be able to understand what other people are saying especially in the noisy rooms or on the phone.

Who is affected by NIHL?

Sudden exposure to harmful noise may take place at any age. According to a study conducted in 2011-12 on hearing loss suggested that at least 6% of the people under the age of 70 in the US were suffering from hearing loss in either or both their ears due to the exposure to loud noise. These researchers also suggested that at least 17% of teenagers had NIHL in one or both their ears.

NIHL is caused either by a one-time exposure to a sudden loud sound such as an explosion or by constant exposure to loud sounds over time like noise generated by loud music, motorcycles, tractors, guns, machine shops and various carpentry tools. Some harmful noises occur even at home which comes from various sources such as leaf blowers, lawnmowers, and weed eaters.

In some cases, you may be able to prevent the NIHL like by turning down the volume or by decreasing the time you are exposed to the possibility of loud noise and by using hearing protection. A lot of people ask whether it is possible to reverse the NIHL. Unfortunately, that is not very likely. Not impossible, just not likely. Once the hair cells inside the inner ear get damaged due to the exposure to a loud noise they can rarely be restored. However, it is possible to treat noise-induced hearing loss with modern hearing aids.

Hearing aids help people suffering from hearing loss improve their hearing and speech understanding capabilities. Studies conducted on the use of hearing aids have suggest that they improve the quality of life. The technology used in hearing aids is improving constantly and is getting progressively advanced.

First, you need to have your hearing checked. Provided your ears are free of earwax, the test is easy, fast and painless. With a test, you will at least know what you’re hearing and what you’re not. Countryside Hearing Aid Services can help in guiding you about the selection of your hearing aids in the event that you need them. Countryside Hearing Aid Services has been family owned since 1979 and is a BBB Accredited A+ business.