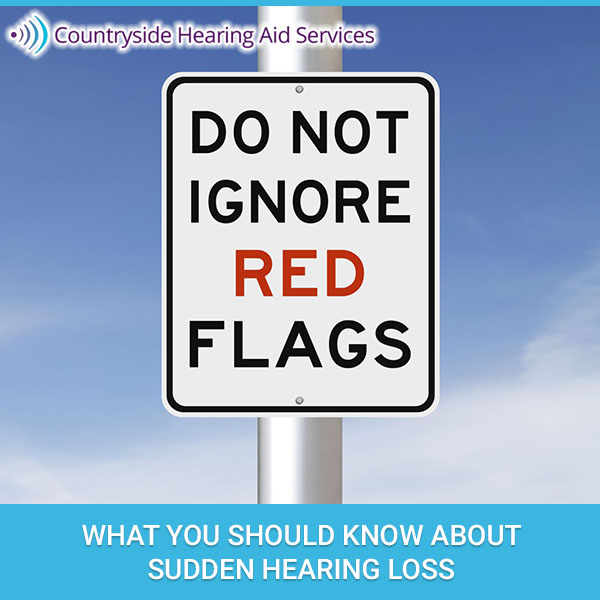 The American Academy of Otolaryngology says that approximately 66,000 people in the United States are diagnosed with sudden sensorineural hearing loss (SSNHL) yearly. This isn’t something that’s caused by traumatic noise. Instead, your inner ear becomes inflamed. Oftentimes this is accompanied by both vertigo and tinnitus (ringing of your ears).

This type of hearing loss is very scary because being unable to hear is disorienting. However, the sudden onset of SSNHL also causes people to wonder if they’re having a stroke. This is why people need to be more aware of it – especially those who are in their late 40s and early 50s since this is the age group in which it is typically seen.

Unfortunately, doctors don’t know why this happens. However, there are some who believe that this is a metabolic syndrome.

What to Know and do if You Experience SSNHL

If you think that you may be experiencing SSNHL you should:

There are a few options available for treating SSNHL, including:

Steroid pills, injections in the eardrum, or a combination of both are the standard treatment. They’ll reduce any inflammation or swelling but you may gain weight, experience mood changes, have difficulty sleeping and your blood pressure and blood sugar may also increase.
Hyperbaric oxygen therapy (HBOT) whereby you enter a chamber in which you breathe in pure oxygen is another option. This increases the oxygen to your brain and ears.

If you’re still experiencing hearing loss after three months, you may want to consult with an audiologist to get fitted for hearing aids. In the most severe cases, cochlear implants are used. Those who are also experiencing tinnitus may need to undergo audiological rehabilitation.

It’s important to maintain healthy hearing at any age. However, if you find yourself suddenly stricken with SSNHL you’ll want to make sure you receive the best treatment possible. If you live in Clearwater, Florida, this means you should contact Countryside Hearing Aid Services and set up an appointment for yourself today.