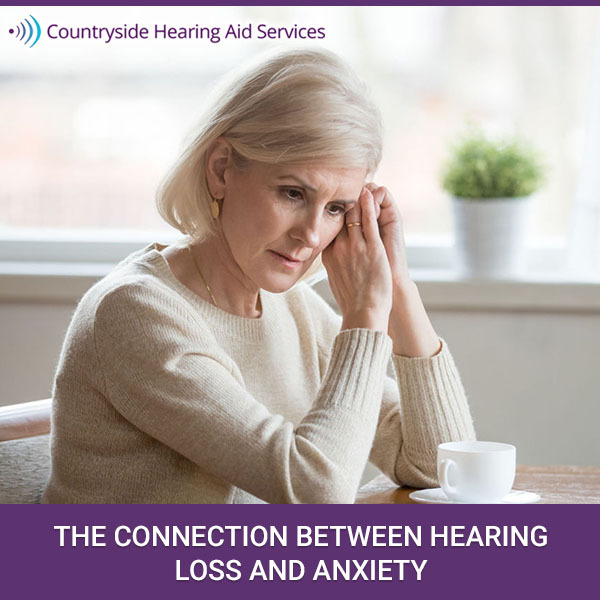 One in three adults over the age of 60 suffers from some form of hearing loss. Four in five adults over the age of 80 suffer from this issue. This happens for various reasons including being exposed to loud noises, suffering from cardiovascular issues, and simply growing older. Oftentimes it’s dismissed as being a normal part of aging, thus receiving little if any attention from doctors. Nevertheless, it still has major consequences on the life of the person who’s suffering from it.

Not only does a person who’s lost their hearing suffer from communication issues, but their mental health is also significantly affected. This is a growing issue now that people are living longer. It’s important to make sure that they’re happy, healthy, and productive.

Unfortunately, many people believe that this is simply part of growing older. What they fail to understand is that the person who’s suffering must now be more dependent on other people because they’re social lives are quite limited. This can cause a feeling of loneliness, which may result in depression.

What Research Says About This Growing Issue

In 2009, Dr. McMahon from Macquarie University and his researchers studied how hearing loss impacts a person’s mental wellbeing. They also investigated how addressing the issue can improve a person’s mental wellbeing. Participants in this study consisted of 1,328 Australian adults over the age of 60 with hearing impairment. In what’s been called the “Blue Mountains Hearing Study,” researchers discovered these folks were more likely to suffer from depression than were those who had good hearing.

Dr. McMahon also conducted a follow-up study wherein he discovered that people feel their hearing problems heavily impact both their social and personal lives. In fact, these people were 80% more likely to report that they were suffering from depression throughout this 5-year follow-up study.

Rehabilitation programs that address hearing loss can help improve a person’s wellbeing. Oftentimes these programs include fitting a person with a hearing aid. Research shows that this is an effective way of improving a person’s communication so that they’re then 32% less likely to suffer from depression. In 2012 a Dutch study investigated this and discovered that there was a 30% decrease among older adults who were living in a retirement home.

Clearly, we must place more importance and bring more awareness to hearing health’s importance. Programs focused around this modality need more funding. This is something that the World Health Assembly Resolution must also investigate. They agreed to this, which is why in 2019 there will be a World Report on Hearing launched. Dr. McMahon will be involved in three initiatives, working to transform the way we understand and respond to hearing loss issues in older adults.

One important step that must be taken is to identify adult-onset issues with hearing so that the right types of support can be offered to people with these problems. Doing so will help reduce the negative consequences that they may otherwise experience regarding both their mental and their physical health and wellbeing.