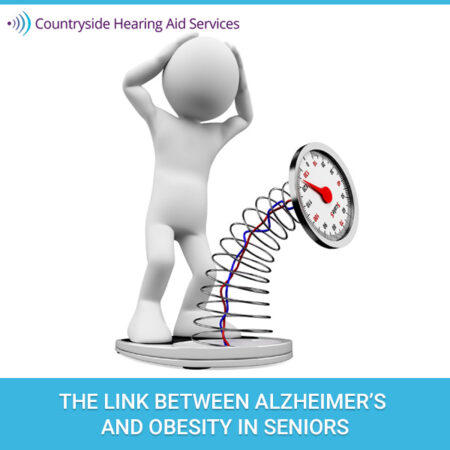 Recently a Korean study was published in the online journal BMJ Open that recommended seniors should continually monitor themselves for obesity so they don’t develop Alzheimer’s. This is because elderly people who experience significant weight gain or loss are at a higher risk of developing dementia.

Understanding What Dementia and Obesity Are

With an aging population whose life expectancy is increasing today, it’s important to pay attention to Alzheimer’s. Recent statistics show that 46.8 million people have been diagnosed with this disease and about 27% of seniors are obese. There’s also evidence that there’s a connection between having dementia and suffering from increased risk factors that could result in a cardiovascular event (e.g. high blood pressure, cholesterol, increased blood sugar levels). Researchers are still determining whether BMI (body mass index) and the development of dementia are connected.

Researching the Connection Between Dementia and Obesity

A team of Korean researchers has spent time investigating the association between obesity and Alzheimer’s disease in Korean seniors throughout the course of a two-year period. In their investigation, they looked at 67,219 participants between the ages of 60 – 79. These seniors had their BMI measured as part of the country’s National Health Insurance Service-Health Screening Cohort in both 2002 – 2003 and then again in 2004 – 2005. At the study’s beginning, they also had their socioeconomic status, BMI, and cardiometabolic risk factors measured. The difference in the participants’ BMI during both periods was used in calculating changes in obesity.

Between 2008 – 2013 researchers also spent time monitoring the incidence of Alzheimer’s. During this period of a little over 5 years, there were 4,887 men and 6,685 women with dementia. According to these results there appeared to be an important relationship between seniors who suffered from obesity and the fact that they had developed Alzheimer’s. In fact, those people who underwent a rapid weight change (at least a 10% increase or decrease in their BMI) throughout the two-year period were more likely to develop dementia than were those whose BMI remained stable.

It’s interesting to note that the BMI at the beginning of the study was in no way associated with the incidences of dementia except for in those men who had a low body weight measurement. When researchers took the time to break down the figures that were based on BMI at the beginning of the study they discovered that there was a similar association in the normal weight subgroup as pertains to the way their BMI change and dementia were associated. In other BMI ranges, this association’s pattern varied.

When all these different factors were taken into consideration researchers concluded that both weight gain and weight loss are significant risk factors for the development of dementia. This is especially true with things like uncontrolled diabetes, severe weight gain, less physical activity, and smoking in the elderly.

Now that you understand the important role maintaining a healthy lifestyle plays in preventing dementia you should also know that taking care of your hearing will also help in this same regard. With this in mind, you should contact Countryside Hearing Aid Services in Clearwater, FL to have your hearing checked today.