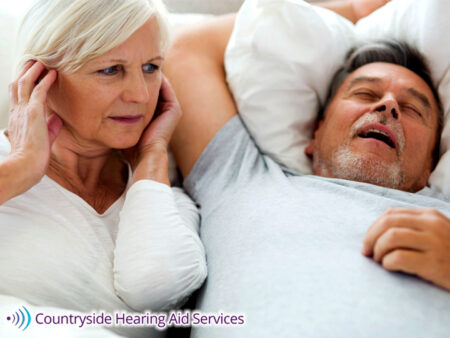 When you’ve been diagnosed with sleep apnea you should also schedule an appointment with a hearing specialist. Although this is something researchers are still looking into there does seem to be a relationship between the two – something that’s been discovered by several recent studies. Understanding What Sleep Apnea Is Although several types do exist, the most common is known as obstructive (OSA). It occurs because the muscles around your airway have relaxed so much that they’re now blocking your breathing. When this happens you’ll snore until you wake up gasping or choking and feeling out of breath. This may leave you feeling sleepy and irritable throughout the day. It also places a strain on your heart which then increases your likelihood of developing heart disease. Research also suggests that it also increases the likelihood you’ll develop hearing loss. Why Read More +

Researchers have discovered a definite pathway that links migraines to the development of dementia (e.g. Alzheimer’s) later in life. Their underlying hypothesis here is that since severe headaches are associated with metabolic diseases, allostatic load, cerebrovascular, cardiovascular, and behavioral factors this could result in brain atrophy, changes in brain networks, lesions, and neurodegeneration. Over the course of many years, this may result in this disease. What a Denmark Study Shows Researchers in Denmark conducted a first-of-its-kind study. This was a population-based longitudinal study that looked at the national register’s data consisting of individuals who were born between 1935 – 1956 (those who turned 60-years-old prior to 2017). They then determined who’d received a hospital diagnosis of migraines since 1988, especially if they had a validated case of dementia for which they received medication after they turned 60-years-old. Overall they included Read More +

There are lots of things that occur in our environment today that we may give little to no thought to – fire alarms going off, doorbells ringing, babies crying. Typically, all that’s needed is an auditory alert to know how to react to these things. However, if you find yourself suffering from hearing loss you may miss out on these alerts. This is why there are a lot of other types of alerting methods available for use today. Turn Up the Alert’s Volume When you find that your hearing loss is preventing you from hearing an alert you may simply need to make the alert louder. This is something that can be done with most items. In fact, you may be able to amplify these alerts to as much as 100 dB (decibels). For instance, when it comes to making Read More +

Regardless of your air travel accommodations one thing you may share in common with the other passengers on your flight is ear discomfort in the form of pressure, popping, or severe pain. Although this is typically just an annoyance it can occasionally become more serious. When this happens it may result in hearing loss which is why you need to take precautions when you travel. Why Flying Increases Ear Pressure Flying causes air pressure to fluctuate. While the air pressure inside and outside your middle ear is normally the same the quick change in altitude that occurs when you fly causes results in the air pressure not having enough time to equalize. This is something that’s known throughout the medical world as “ear barotrauma.” When you’re a passenger on an airplane the pilot will start the plane and it’ll slowly Read More +