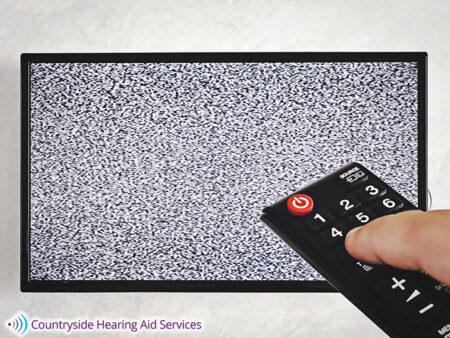 There are different types of noise. For instance, when you have a continuous background of white noise you’ll be able to hear pure sounds better. This is something that researchers from the University of Basel have recently discovered. They’ve included a summary of their findings on their website and in Cell Reports.

Although we know that hearing is an important part of communicating, we don’t have a good understanding of how acoustic signals are perceived or processed so that we can make sense of them. What is clear is that the more precisely we’re able to distinguish sound patterns the better we’re able to hear. This is especially true in noisy backgrounds.

The University of Basel’s Department of Biomedicine Professor Dr. Tania Rinaldi Barkat led this investigation into the neuronal foundation of sound perception and discrimination in noisy environments. In doing so they paid a lot of attention to the auditory cortex which is known as the area of your brain that’s responsible for processing any acoustic stimuli. To do this researchers measured the activity patterns in a mouse’s brain.

It’s well known and understood that hearing a distinction in sounds grows increasingly more difficult when they’re relatively close when it comes to their frequency. In the beginning, the researchers believed that adding noise would make it even more challenging to be able to hear things but ultimately they discovered that the opposite was true: When white noise is present it becomes easier to hear things. This is something that they were able to demonstrate by showing that the brain was actually able to distinguish subtle differences in tones at these times instead of when a person was in a quiet environment. In other words, noise facilitates hearing.

The research group’s data showed that white noise significantly inhibits activity in the auditory cortex’s nerve cells. What is interesting to note here is that this inhibition allowed people to hear pure tones better. This is because there was less overlap between neurons when these different tones occurred. Ultimately this resulted in the neuronal activity being reduced overall – something that then led to more distinct tone representation.

Researchers used a light-controlled technique known as optogenetics to confirm that it was indeed the auditory cortex that was responsible for aiding a person’s hearing in this manner. What they discovered can be used to improve a person’s auditory perception when they’re in situations where it’s difficult to distinguish between different sounds. In fact, they believe that equipping cochlear implants with an effect that’s similar to white noise would help improve the frequency resolution. This would improve a person’s ability to hear in noisy situations.

Now that you have a better understanding of how white noise can help your auditory perception it may be something that you want to look into even further. If so, you should contact the experts at Countryside Hearing Aids Services in Clearwater and Pinellas County today.