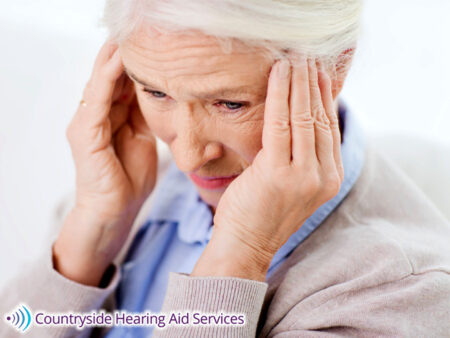 Researchers have discovered a definite pathway that links migraines to the development of dementia (e.g. Alzheimer’s) later in life. Their underlying hypothesis here is that since severe headaches are associated with metabolic diseases, allostatic load, cerebrovascular, cardiovascular, and behavioral factors this could result in brain atrophy, changes in brain networks, lesions, and neurodegeneration. Over the course of many years, this may result in this disease.

What a Denmark Study Shows

Researchers in Denmark conducted a first-of-its-kind study. This was a population-based longitudinal study that looked at the national register’s data consisting of individuals who were born between 1935 – 1956 (those who turned 60-years-old prior to 2017). They then determined who’d received a hospital diagnosis of migraines since 1988, especially if they had a validated case of dementia for which they received medication after they turned 60-years-old. Overall they included 62,578 people (70% women) in their study. Adjustments were made for things like gender, education, country of origin, marital status, other headache diagnoses, and comorbidities such as psychiatric disorders. This resulted in this population having a median age of 49 when they received their diagnosis.

In this study, they discovered that patients who suffer from migraines are more likely to eventually suffer from dementia too. It compared these folks to people who didn’t suffer from these headaches. Additionally, the study also discovered that when diagnosed with this health issue in midlife (ages 31 – 58) people were 50% more likely to develop dementia after the age of 60 than those without such diagnosis. This rate rose for people whose migraines had an aura or for which they needed to go to the hospital.

As with any study, there were limitations with this one as well. The main limitation is that in Denmark primary healthcare doctors are responsible for treating most migraines. Unfortunately, this study only evaluated hospital-based cases which means that these cases may have been more severe. It’s also important to understand that about 60% of Alzheimer’s cases in Denmark remain undiagnosed and that this study is limited by the fact that those who participated were younger in age.

What Other Studies Show

Another study was conducted in Manitoba, Canada. This study consisted of a group of 679 seniors who lived in a community together. The outcome showed that people who’ve suffered from migraines throughout their lives were four times more likely to develop Alzheimer’s disease. Doctors who have seen this study state that more aggressive treatment for other risk factors leading to this disease should be aggressively treated. This is because they believe that doing so will increase people’s ability to age in a way that’s healthy.
Previous studies had shown that people who suffer from severe headaches were more likely to have stronger vascular mechanisms too. However, now that midlife risk factors have also been discovered it’s easier for doctors to detect who’s at higher risk earlier in their lives. Armed with this information, doctors may now choose to screen these people for signs of cognitive decline earlier in their lives.

What to Expect in the Future

Additional studies are needed to investigate the pathophysiology here so that doctors can identify what preventive measures their patients should take to avoid developing dementia. It’s also important for studies to consider whether proper treatment protocols are beneficial here or will it also increase a person’s likelihood to develop this disease.

Another important factor to consider with dementia is your hearing. Unfortunately, it too can contribute to the problem. This is why you should make sure that you maintain good hearing health. For this, Countryside Hearing Aid Services in Clearwater and Pinellas County is here to help so contact them today.