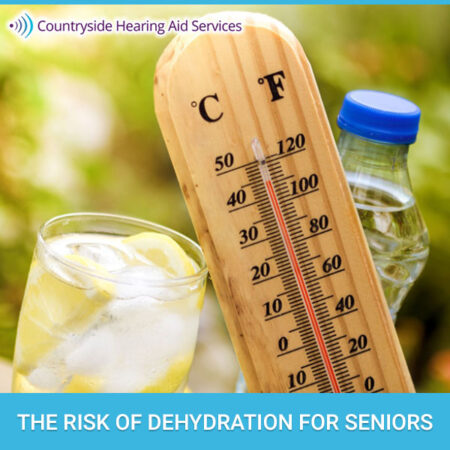 We all know that feeling that happens after a hard day’s work in the sun. You come inside and make a mad dash for the fridge or the sink, craving nothing more than the biggest glass of water you can find. Being able to feel thirst like this is crucial to avoiding dehydration, and for most of us, it isn’t a problem. However, for senior citizens, dehydration poses a much greater threat. As we age, our ability to feel thirst diminishes. As our thirst ques become less accurate, the risk of dehydration becomes greater. But why is dehydration such a big deal? For young people, mild dehydration is easy to recover from. For seniors, on the other hand, it can be a much more serious issue. Dehydration is the number one cause for hospitalization among senior citizens. It can cause Read More +

Anemia, or an iron deficiency, is one of the most common blood conditions of the 21st century. JAMA Otolaryngology-Head & Neck Surgery recently published a study that investigated a possible link between anemia and hearing loss. With both conditions affecting a large population of the United States, it’s a link well worth exploring. Hearing loss can be caused by many things such as high blood pressure, diabetes, smoking, and general poor health, but one thing is for sure, most people in the US will be affected by it at some point in their life. Around 15 percent of American adults have at least some degree of hearing loss, and that percentage jumps to around 60 when you only consider senior citizens. Despite hearing loss being such a widespread issue, it causes are not fully understood, and risk factors are a Read More +

Headphones and earbuds have become an essential part of everyday life for many people. However, that doesn’t mean that they can’t pose a risk to your hearing. Both headphones and earbuds can damage your ears and eventually cause hearing loss if they are used unsafely, and especially if you are at an increased risk for hearing loss. In this article, we’ll be going over some of the reason headphones and earbuds can be dangerous, as well as some of the steps you can take to mitigate that risk. What are the Risks of Headphone and Earbud Use? According to the World Health Organization (WHO), over a billion young people are at risk for hearing loss due to unsafe noise exposure, but why exactly are headphones so dangerous? The main danger comes from the fact that they can play a loud Read More +

In March of this year, COVID-19 arrived in the U.S. and changed everything for Americans, including older adults. Gone were the family get-togethers, social visits with friends, and regular shopping trips. While some older adults are generally healthy and live comfortably during the pandemic, they and many others also live alone and more isolated than ever. This deprival of activities and increased isolation have a real impact on senior health. The most prominent impact is on older adults’ mental health in what is commonly known as the COVID Blues. COVID Blues Older adults sometimes experience “the blues” even when there isn’t a pandemic happening, but the COVID Blues take it to another level. Seniors know they are more vulnerable to illness and as a result, must be more vigilant about protecting their health by avoiding situations that would put them Read More +