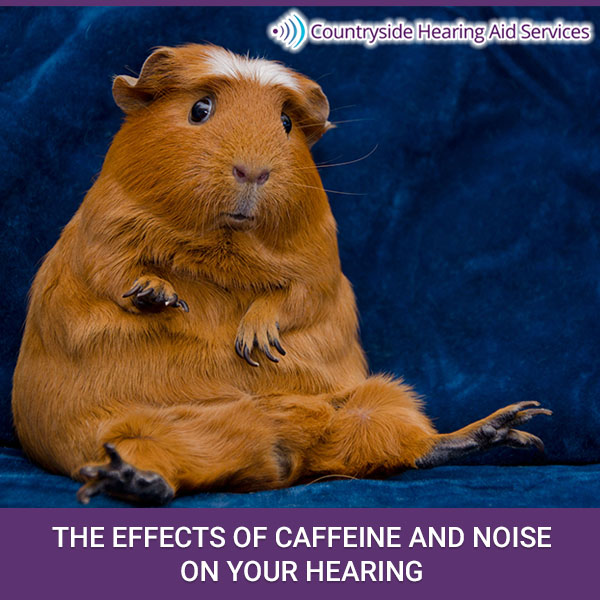 Most Americans enjoy a cup of coffee in the morning. Sometimes they’ll even find themselves drinking coffee all day long because they love it so much. If you’re like these folks you may not even know for sure how much coffee you drink each day because you’ll set it aside when you get busy, then when it gets cold, you’ll ignore it. Unfortunately, this is a bad habit to get into for several reasons, one of which being it can harm your hearing health.

What Research Says Regarding Caffeine and Hearing Loss

In April 2016 The Otolaryngology Journal published an article regarding a research study that was conducted by the American Medical Association. This was entitled, “The Association of Caffeine and Hearing Recovery After Acoustic Overstimulation Events in a Guinea Pig Model.”

What this research study was able to conclude was that the guinea pigs who received both caffeine and noise exposure underwent the greatest threshold shift. This is something that was measured by the American Board of Radiology (ABR). Surprisingly, this threshold was even greater than it was for those guinea pigs who were only exposed to noise without also receiving any caffeine. To ensure that this conclusion was correct, researchers performed electron microscopy and scanning light on the guinea pig’s cochlea when the experiment was over. In doing so they discovered that these guinea pigs consistently suffered from the degeneration of their hair cells.

Truth be told, this study’s results are merely scratching the surface. Researchers really don’t know why caffeine impairs the ability of hearing thresholds to recover after undergoing high levels of noise exposure results in some type of hearing loss. What they do understand is that the guinea pig’s cochlea and any of the structures related to it are intricate organs that have both biochemical paths and processes. It’s important to note that this is something that we’re only now starting to understand though. So, while the research that was conducted on these guinea pigs is good, it’s important to remember that it’s only a starting point.

Additionally, there is one downfall to this research study: Only albino female guinea pigs were used, which raises the question of whether the results would have been different if males were used. This means that further research is necessary and until it’s conducted all we can do is take steps to prevent hearing loss like not visiting Starbucks before attending a concert and making sure that we get a hearing test done each year. If you live in or around Clearwater, Florida, the best place to get this done is at the Countryside Hearing Aid Services office near you.