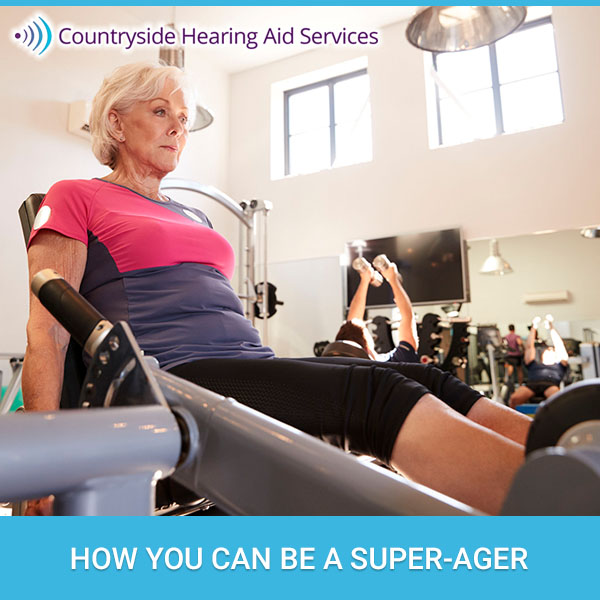 As we grow older it becomes increasingly more difficult for us to find older role models. However, in the past couple of years medical science has identified a group that we should all be aspiring to join. They’ve called these people super-ager seniors because while they’re in their seventies and eighties their mental and physical capabilities are decades younger than other folks who are their same age.

Seniors who are interested in becoming a super-ager must first understand that there are two different groups. This is important because there are differences between them. These groups include:
• Cognitive: Seniors in this group embrace new mental challenges that help preserve their brain tissue and encourage their brain to function. This is something Dr. Bradford Dickerson, a neurologist at Massachusetts General Hospital studied. In doing so he discovered that some participants in his word memory study were able to remember as many words as younger participants could. When he looked at functional magnetic resonance imaging of their brains at work he found that these people’s brains weren’t thinning (something that would indicate cell loss). This has nothing to do with IQ or educational levels. It’s simply the fact that they view problem-solving differently – seeing problems as a challenge they can eventually overcome. Of course, this may be uncomfortable for a while but moving out of your comfort zone and willingly enduring this discomfort so you can master a new skill will increase your lifespan – a very worthwhile reward.
• Physical: These seniors also have scores that are more like younger people than those in their own age group. This is especially true when aerobic capacity (how much oxygen is taken in and distributed to your tissues in a minute) is taken into consideration. Typically, people lose 10% per decade after turning 30-years-old. However, studies have shown that by engaging in 20 – 45 minutes of high intensity exercise daily will shave an average of 10+ years off your “real age”. When these people were asked to fill out the Norwegian calculator to estimate their biological ages those who were considered a super-ager showed an average biological age of 43 when their true physical age was 68.

Of course, it is possible for seniors to excel both cognitively and physically. Admittedly, it does require some work but there are people who have successfully done this today.

How You can Become a Super-Ager

This is something that scientists are still investigating. Currently they understand that physical and mental activity will reduce health risks, increase your aerobic capacity, and improve both your memory and reasoning skills. With this in mind, they recommend that people become involved in the following activities:
• Embrace mental challenges such as crossword puzzles, acrostics, and math games.
• Try doing something new like your own income taxes, installing computer software, or assembling furniture.
• Get involved in volunteer work.
• Pursue a leisure activity that you didn’t have time for in the past (e.g. theater, poetry, a new language, origami, playing a musical instrument)
• Get involved in physical exercise that increases your heartrate by 30% – 40% a few times each week.
• When something frustrates you, practice your patience and perseverance to overcome it.
• Don’t let your age deter you from doing something.
• Join groups to exercise and learn new skills. They’ll keep you motivated when you think of quitting.

Taking care of your health is important for seniors. This includes your hearing health, which is something that the Countryside Hearing Aid Services can help you with. People who have a mild, moderate to severe hearing loss are reported to have a significantly higher risk of cognitive decline as opposed to those with normal hearing. Give Countryside Hearing Aid Services a call today at 727-796-1161 and schedule a complimentary hearing evaluation to see exactly where your hearing is at.