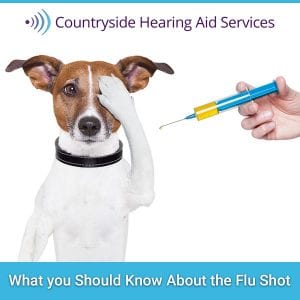 It’s that time of the year again when we start hearing all about how and why we should get our annual flu shots. Unfortunately, there are many people who are afraid to get these shots today. Typically, such fears are based on myths, half-truths, and fictitious ideas that they’ve either heard or read. Once these things are addressed and you understand why it’s a good idea to get your shot, hopefully you’ll be ready to make an appointment to do so.

Getting Sick Because of the Shot

There are many arguments people come up with for not getting flu shots, including saying you may get:

Saying that the Shot Doesn’t Work

Flu shots don’t guarantee immunity, but they do reduce your risk of getting the flu by as much as 60%. Studies show that people who do get the flu after being vaccinated will suffer from symptoms that are much less severe. This should encourage you to get the flu, especially considering how bad the flu has been in recent years.

Believing it Weakens Your Immune System

Your body has a built-in, natural defense system known as your “immune system.” This helps keep infectious microorganisms out of your body and fights off any that do make their way in. Researchers from the University of Bergen in Norway conducted a study in this regard in 2017. They conclusively determined that this is false. In fact, they discovered that people who were vaccinated on an annual basis had a stronger immune system that was better equipped to ward off the flu.

Arguing that Nobody Dies from the Flu

Unfortunately, this is misleading because tens of thousands of people die from complications they get with the flu. This is because the flu increases the likelihood that children and the elderly will develop bacterial pneumonia. Others die from an inflamed heart, brain, or tissues which results in organ failure. While flu shots aren’t “perfect,” they’re worth getting so you don’t risk getting the flu and if you do still get it the symptoms will be greatly reduced.

At Countryside Hearing Aid Services we care about your health. Not only do we want you to understand the importance of flu shots, but also of taking care of your hearing. Make sure we’re the next appointment you make after you get your shot this year.