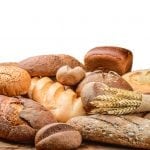 In recent years an ever increasing body of research has shown the havoc that gluten can wreak on people’s health and well-being. What was once thought to be a problem primarily limited to the autoimmune condition celiac disease is now understood to be a more prevalent epidemic, with many more people than originally thought suffering from varying degrees of gluten intolerance. What Is Gluten Intolerance? Gluten intolerance, sometimes called gluten sensitivity, refers to a person’s inability to properly digest and absorb gluten, a protein found Read More +